Using the midwifery model of care, the well woman exam is individualized and client centered. We do not use stirrups for paps and pelvic exams, instead we use a flat table and allow the client the time needed for the most comfortable experience possible.

We provide resources for clients to further their knowledge to go into conception and pregnancy with the highest level of health and wellness possible.

Prenatal visits are provided during the developmental stages of your baby. We take the time to address your physical and emotional needs to ensure that your prenatal experience is one that you’ll enjoy.

Services during your visit may include urine assessments, blood pressure testing, nutritional counseling, and fetal heart measurements. Visits are 30 minutes to an hour in length. We find this time to be extremely valuable to establish trust, good communication, and know what is normal for you and your baby.

The midwife will arrive for your home birth when you are in labor, bringing with her all equipment that is in a standard labor and delivery room, including options for water birth. At home you will experience the freedom to move around as needed, eat what you’d like when you’d like, and relax in whatever way feels good for your body. The combination of support and comfort from your family and our team, is beneficial in facilitating your birth.

To ensure that you receive the best possible care for you and your newborn baby, your home birth midwife will stay in close contact with you after your birth to provide support, physical exams, assist with breastfeeding, and answer any questions you may have. All of these services are provided to you in the comfort of your home. Our goal is to stay connected with you for a happy and healthy postpartum.

Consuming the placenta is a way to promote postpartum physical and mental well-being. We process the placenta and make it into small capsules, able to be consumed like taking vitamins! We also provide a placenta tincture, which can last for years. Although there is limited research evidence on the benefits, clients report having more stable moods, having more energy, and even improving milk supply!

Placenta services include the organic method whereby your placenta is dehydrated according to food safe methods, ground, and then made into pills using clear vegan capsules. There is nothing added to your placenta. We also make a placenta tincture and cord keepsake. Cost is $300. We pick up (from hospital or home, depending on time of day) and drop off at your home.

Utilizing chiropractic care during pregnancy can alleviate many of the common aches and pains associated with growing a baby! Dr. Jennifer Angell is certified in The Webster Technique which is a specific analysis and treatment for the pelvis, creating more balance. This improved balance can then enable the baby to find the best position for birth.

Many newborn discomforts can be minimized by gentle chiropractic and craniosacral therapy techniques. Dr. Jennifer Angell uses minimal pressure to make big changes in balancing a newborns spine, muscles, fascia, tissues, and nervous system. This improved balance enables your newborn to reach his or her fullest health potential.

***At the present time, Dr. Jennifer Angell is only providing chiropractic care for her active midwifery clients and their families. 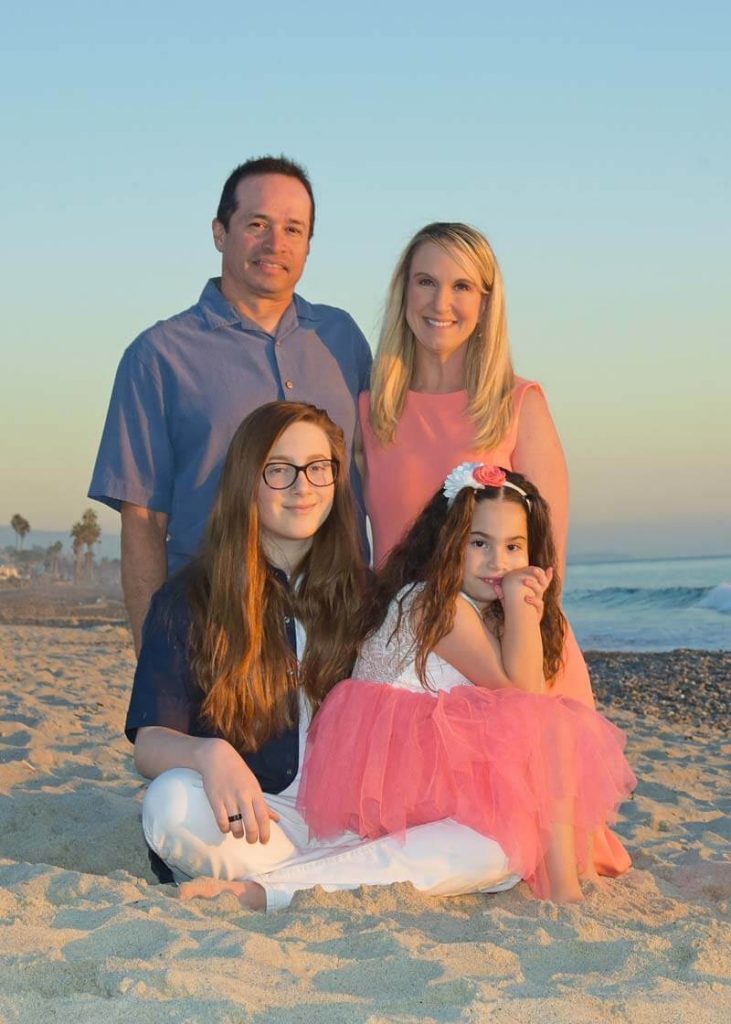 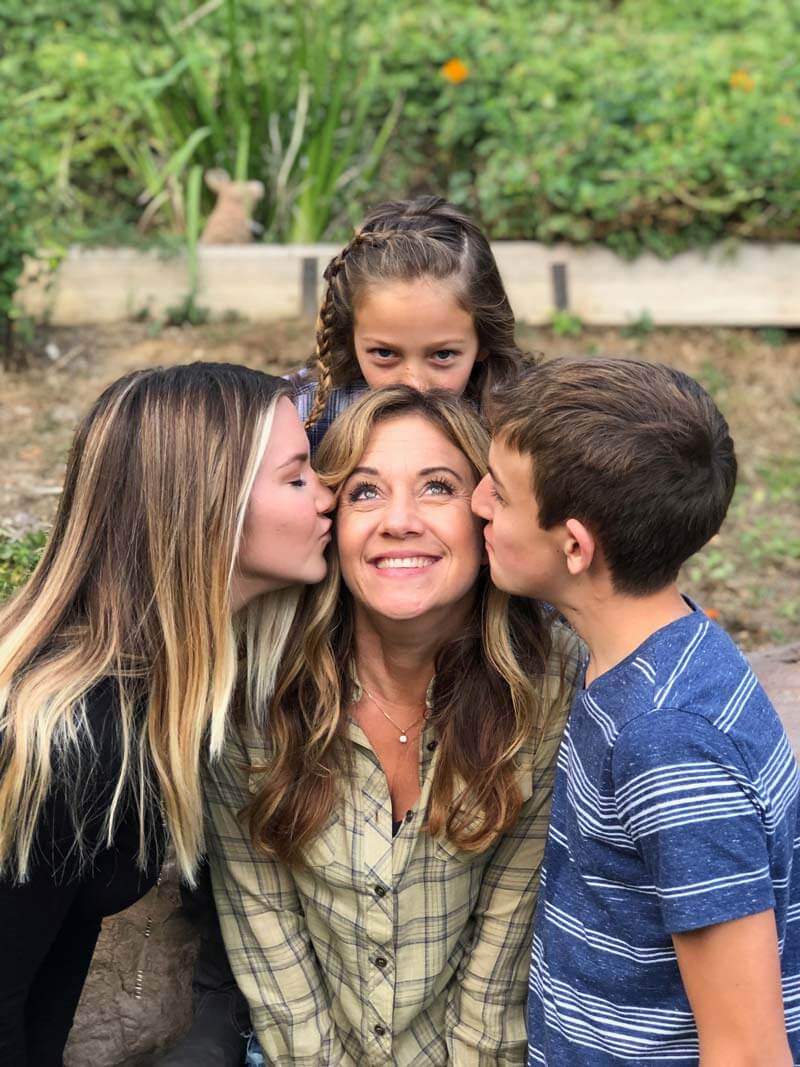 Dr. Heather Hamilton was born in sunny Southern California. Raised by a stay at home mom and a hardworking dad, she grew up happily with her two sisters and one brother. She also has another sister who came along a lot later, while Heather was in college.

At age 19, Heather moved to Cleveland, Ohio to attend a private college majoring in Fitness Management. One night, while sitting outside on the fire escape stairs to get some air, her boyfriend (now the father of her children), came outside to find her writhing in intense pain. This was a normal monthly occurrence for her, the pains of dysmenorrhea. He asked her if she ever saw a chiropractor for it, for he grew up in a small town in Ohio, where seeing the local chiropractor was a common occurrence. Not raised that way, Heather was completely irritated and annoyed at the question. “I do not have whiplash! My problem is in the front, not the BACK,” she exclaimed. Patiently, he suggested that she call his brother, Todd, who was attending Chiropractic school at the time. Desperately, she did just that, and that phone call changed her paradigm and her entire life in just a few minutes. Dr. Todd asked, “Heather, do you agree that the brain controls the whole body?” “Yes,” she answered.” “Well, it does that by sending messages down through the spinal cord and out through the nerves. It is possible that one of the bones in your lower back have misaligned and the nerves going to your ovaries and uterus are not getting the proper nerve flow and, therefore, message from the brain on how to function optimally.” This made too much sense. “WHY have I never heard this before?!” Immediately, Heather went to a chiropractor, and after one month of care, she NEVER had a painful period again! Dr. Heather packed up her things and left Ohio to attend Palmer College of Chiropractic in Davenport, Iowa. While there, she received her bachelor’s degree in Anatomy and Physiology, and her Doctorate of Chiropractic.

Dr. Heather opened her first practice in Ohio in 2000, where she specialized in pediatrics and family care. She gave talks to the public about ADD/ADHD and had children swarming her office within one month of being open. She loved helping these children and it evolved quickly to helping pregnant mama’s, babies and children with everything you can imagine, from difficult pregnancies, colic and ear infections, to constipation, bedwetting, and “failure to thrive.” There wasn’t anything Dr. Heather couldn’t solve for her mama’s and babies, for the Innate Intelligence that runs through the Nervous System is a powerful Force. She even had other chiropractors bring their babies to her. If she had to pick a favorite, it was in healing colic, for no baby should live his or her first months in pain, and no mama should watch helplessly while her baby cried for “no reason.” Many a gift she received when she facilitated the healing of the crying, now content babies, from mama’s who trusted her enough to admit their frustrations. One mom in particular even admitted that the only peace she got was when she slammed the minivan door shut and SLOWLY walked around the car to the driver’s seat.

Heather attended births, baptisms, baby showers, and even did house calls for those mothers who were too exhausted to get in their car and drive to her. She was in heaven.

Years later, Dr. Heather became a mama herself. What was planned to be a natural waterbirth in the hospital, became a nightmarish, overly medicated C-section. Due to her midwife being out of town and meconium in her water, Heather was at the mercy of hospital policy. This led to postpartum depression severe enough, she was unable to go back to her practice as she intended. After more than a year of healing for both mama and her baby girl, Dr. Heather grew very fond of being a stay at home mom. She visited the practice and families often, for her husband (a chiropractor) took over the care of her patients.

When it came time for baby number two, Dr. Heather knew she could NOT go back to the hospital. She researched and sought out the help of a prominent midwife and doula team and had an intense but beautiful VBAC homebirth. Her baby boy was born on their family bed, for he was too cozy while she was in the water. After moving back to California in 2008, she had her third and final baby, another girl. Finally, a waterbirth!!! In the comfort of her living room.

Now that her children have grown to ages to be inspiringly autonomous and beautifully independent, Dr. Heather is MORE THAN READY and excited to get back to serving her purpose and passion through pre and postnatal, pediatric and family Chiropractic care.  She specializes in an amazing approach called the Zone Technique, which yields undeniable RESULTS faster and more sustaining than any other technique she’s used in the past 20+ years. In the Zone Technique, Dr. Heather is at the level of Mastermind, which is the highest level there is. Though her heart is in the mama and baby world, her approach with Zone’s is world-renowned in helping anyone from daddy’s to athletes to ANY body and soul who wants to live a life of exciting health, functioning perfectly from head to toe- just the way Nature intended.

Learn About Dr. Heather
LEARN ABOUT DR. ANGELL
I NEED THIS!

Let's do this, together.

Get the transparent, authentic, and individualized birth experience you deserve.